Hi, y’all! This is the fifth issue of unzip.dev, a newsletter dedicated to developer trends, where we unpack trending dev concepts. My name is Agam More, and I’m a developer generalist. Join the ride and have fun!

Deploy with a bare-essentials mindset.

The Unikernel has modular parts such as memory allocators, schedulers, and network stacks, so you can pick what your application specifically needs.

The process depends on whether you are using an interpreted or compiled language:

Your application can still be performant on a Hypervisor (type I) because the Hypervisor is running your compiled OS against the bare-metal components, plus, you don’t have to deal with hardware-related drivers.

🤠
My opinion: If you need the most production-ready solution and are willing to spend money, I’d check out nanovms. Otherwise, I would probably play with Unikraft/ops as their developer experience seems the most intuitive, they mitigated most of the cons above, and are very active.

Try it out yourself?

I wanted to thank Roy Feldman (One of the smartest & nicest people I know who currently teaches security for B2Bs), Omer Katz (Who has some great security & low-level insights - follow this guy!) & Pierre Olivier from The University of Manchester (Who helped review some technical aspects in this issue, he really knows a thing or two about Unikernels 😉).

I recently found out about a delightful little newsletter gem by a Senior engineering manager named Csaba. He writes about leadership in tech. I really like that his emails are very short, elegant and contain a cute foreign reference (currently Japanese) - go check it out here.

Simply reply to this e-mail or tweet at me @agammore - I promise to reply! 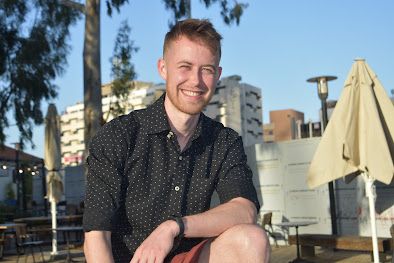